Metabolism is the name of the process carried out by your body where the food and nutrients you ingest is burned and turned into energy, which is then used to support all the functions in your body. You need metabolism to live, it’s really that simple.

There are many reasons why your metabolism could slow down – age, illness, a lack of activity, and even losing muscle. Luckily there are supplements for boosting metabolism. 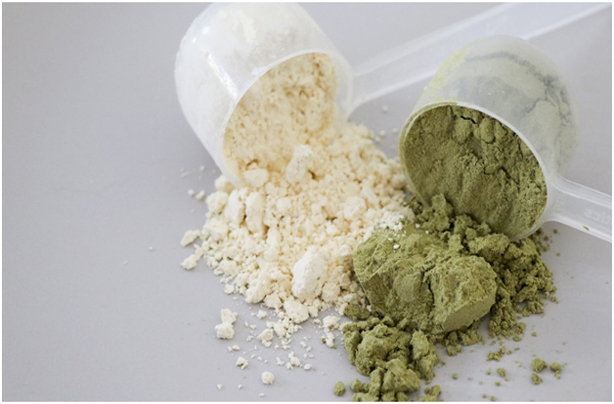 B-Vitamins are important for the healthy functioning of your body. These vitamins include B-12, biotin, folate, B-6, B-5 (pantothenic acid), B-3 (niacin), B-2 (riboflavin), and B-1 (thiamine). When you have a vitamin B deficiency, it can slow down your metabolism.

You can end up burning more calories and increasing your metabolism if you have caffeine. However, it is best to talk to your doctor before you start taking caffeine supplements to help boost your metabolism. You need to ensure that you get caffeine from sources that are healthy and not too high in calories.

Added to that, too much caffeine can have side effects such as restlessness, insomnia, anxiety and an increased blood pressure and heart rate.

Capsaicin is what gives heat to chili peppers. There have been studies that have shown that eating chilies can help boost your metabolism by as much as 50 calories a day.

Chlorogenic acid, which is found in green coffee bean extract, can help boost fat metabolism. This ingredient can help break down fat cells and release fatty acids. However, not enough research has been done into the effects of using chlorogenic acid as a metabolism booster, so it is best to talk to your doctor before using it as a supplement.

Green tea is considered a great metabolism booster. This is because it contains not just caffeine, but also antioxidants called catechins. One specific catechin – epigallocatechin-3-gallate (simply called EGCG) – has proved to be an effect fat metabolism booster. EGCG, according to studies, works by regulating the genes that are responsible for fat burning as well as thermogenesis.

Black tea is another supplement that helps boost the metabolism of fat. This is because it contains phytonutrients and catechins that have shown that they can help boost metabolism.

Black tea and green tea are made from the same leaves, which is why black tea also has catechins. However, to produce black tea, the leaves are dried and oxidized. During that process, catechins are converted into theaflavins.

In lab experiments, it was found that mice dosed with theaflavins showed a marked increase in metabolism. However, there is not enough data about how the theaflavins can impact human metabolism.

While there are not enough studies done yet, there have been reports of Vitamin D helping with improving metabolism. Further studies have shown that Vitamin D combined with calcium (which has proven to have a strong positive effect on increasing metabolism), can help with increasing your metabolism.

Iron is critical for the body’s survival. It carries oxygen in red blood cells for our body. If your iron levels are low, you will not get enough oxygen to your muscles and tissues, which means that your metabolism also slows down.

However, do remember that iron in high doses is actually toxic for your body, so it needs to be consumed in the right quantities.

Magnesium is another mineral that is critical to the chemical reactions that are responsible for metabolism in your body. However, it needs to be taken in very small quantities.

Before you start taking any supplements for boosting metabolism, speak to your doctor, or you may end up doing more harm than good to your body.