These Are Some Of The Arguments Which Might Lead To Divorce

Arguments between a married couple are quite normal. It happens all the time. But sometimes, these arguments can continue for a long period and this eventually may cause a divorce between the people. But is it just the argument that causes the divorce? According to the Department of Psychology present at the University of Denver, that is not completely true. They had interviewed people and found out that post-divorce only one partner has reported about conflict being the major cause of divorce to happen. However, research shows that there may be a few common themes in certain arguments that lead to divorce, and they are: 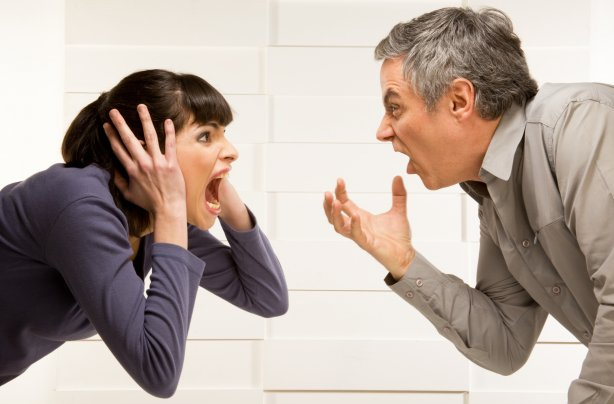 A common themein many argumentsthat lead to divorce is sex life. Sometimes divorce is considered by the couple if they do not have the satisfying sex life any more. This may not only be due to any kind of unrealistic expectation that is placed on the partner. It could be a drop in the sexual pleasure derived during the act. According to psychotherapist and author, Marcia Naomia Berger, sometimes when a wife complains about his husband and always points out his faults, then the husband loses interest in having sex. This results in the loss of connection which can eventually lead to divorce. A way out of this is to talk through this sexual disinterest and find a solution.

Sometimes, disconnection starts to set in between the couples. When this disconnection sets in, then one of the partners might start to lose interest in the marriage and the other partner might start questioning whether their marriage would survive or not. This is a red flag and it becomes worse if you find out that your partner is cheating on you as well. To build the relationship back, clinical psychologist, Alexandra H. Solomon suggest setting new goals for the couple like a date night or a vacation every year.

Sometimes, partners start to distance themselves from each other when they feel like someone does not understand them or that there is no communication between them. Then, according to psychologist Nikki Martinez, the couples start to hide things. Couples should be transparent to each other and when communication fails, it naturally brings the theme of separation. For this purpose, Solomon suggests that we should empathize and expand our perspectives. By doing so we can understand our partners better and can remedy the situation.

Conflict regarding not feeling as important

Sometimes, not doing simple things can hurt a marriage. Distance can also happen when you are taking your partner for granted. If their little actions for you are being disregarded, then they will feel like they are no longer important for you. This is a red flag and needs to be remedied immediately. The assumption may be wrong but it is potent enough to break a relationship. According to Susan Pease Gadoua, a marriage therapist based in San Francisco, it is necessary to love and appreciate the small things and mention it to your partner to make them feel valued. Telling them that you love who they are would also mean the world to them.

There can be different patterns in the conflicts that a couple engages in but communicating with each other can do loads of good. Even though arguments happen we should respect each other’s opinions and feelings and try to remedy it the best way we can. However, if the arguments persist, then the help of a counsellor can be useful.